Spine traction or traction therapy is to stretch elastic tissues and joints of the vertebral column. Traction is provided by using your own body weight of a patient or additional cargo. Such procedures have not only the mechanical effect on the vertebral-engine segments. They improve the interaction of intervertebral joints, muscles relax, increase range of motion and functional flexibility of the spine. In addition, traction cause the activation of metabolic processes in the organism, normalizes blood circulation and provide decompression of nervous and vascular formations.

As the practice showed, underwater spine gives an extremely high therapeutic effect, in comparison with other methods of physiotherapy. At the same time pull considered a low-loading procedures and may be appointed for many patients.

Types of underwater traction of the spine

Pull performed in two main methods – both horizontal and vertical. In case of horizontal extending the patient lies down on a shield on its breast is fixed strap, to which by means of a cable connected load. He hung over the edge of the foot baths, providing the load on the spine. At first, his weight increased, and by the end of the procedure is gradually decreasing. Optimal is the mass, in which the withdrawn pain syndrome. After pull the patient wears a corset, which should be worn for a few hours strengthen the effect. With vertical elongation of the spine, the patient is in a sloping or reclining position, and the procedure is often carried out due to the weight of his own body. The vertical method is considered to be more moderate. 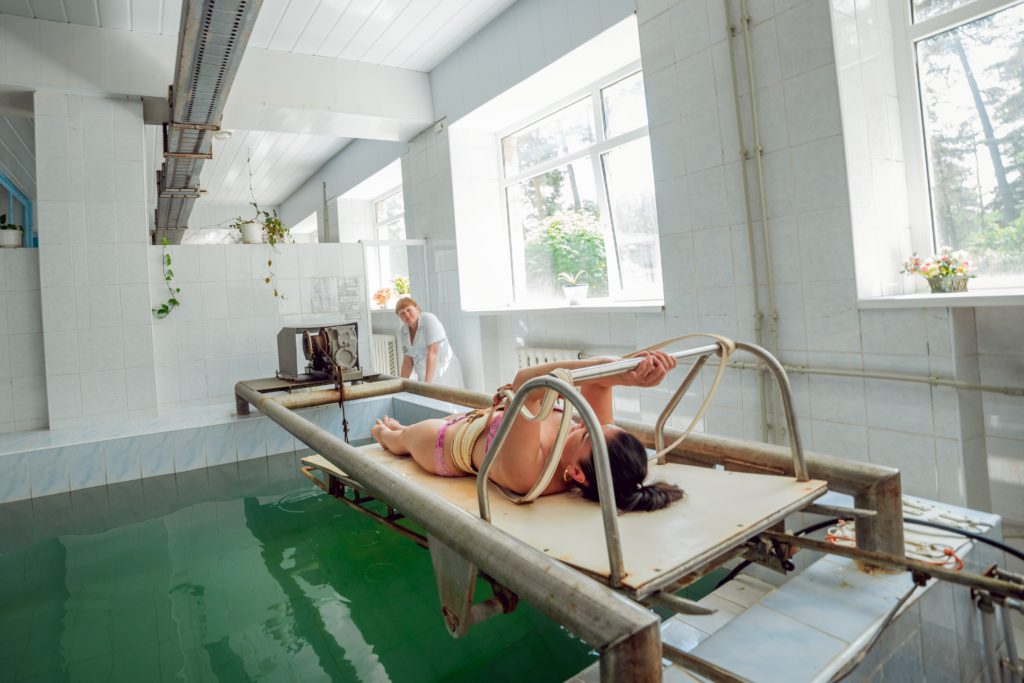 Features underwater traction of the spine

Underwater traction combine the traction of the vertebral column with influence on the organism of warm mineral water. The latter ensures reduction of the tone of the поперечнополосатой muscles, thanks to what extend intervertebral holes and increase the distance between the vertebrae. In addition, shall be resolved spasm of the blood vessels and improves blood supply to the spine, which increases the effect of the main factors of treatment. This is especially important if the purpose of вытяжений is the reduction of a thinning of the intervertebral disc and therapy of radiculitis.

For what applies spine traction

Traction therapy is aimed at treatment of diseases of the musculoskeletal system, first of all, of the spine. In addition, with the help eliminate contractures, deformation, displacement of the articular surfaces and of the bone fragments. Indications for tractions are hernias of intervertebral discs, different syndromes of osteochondrosis of the lumbar-sacral spine, lumbodynia, the static-dynamic violations of the amount of movements. Underwater spine traction is applied when establishing a range of diagnoses.

In addition, traction appointed to relieve pain in the spine, when межреберной neuralgia, wegetososudistoi dystonia on гипотоническому type of convulsions, as well as with the preventive purpose engaged in heavy physical work or vice versa, having a sedentary work. 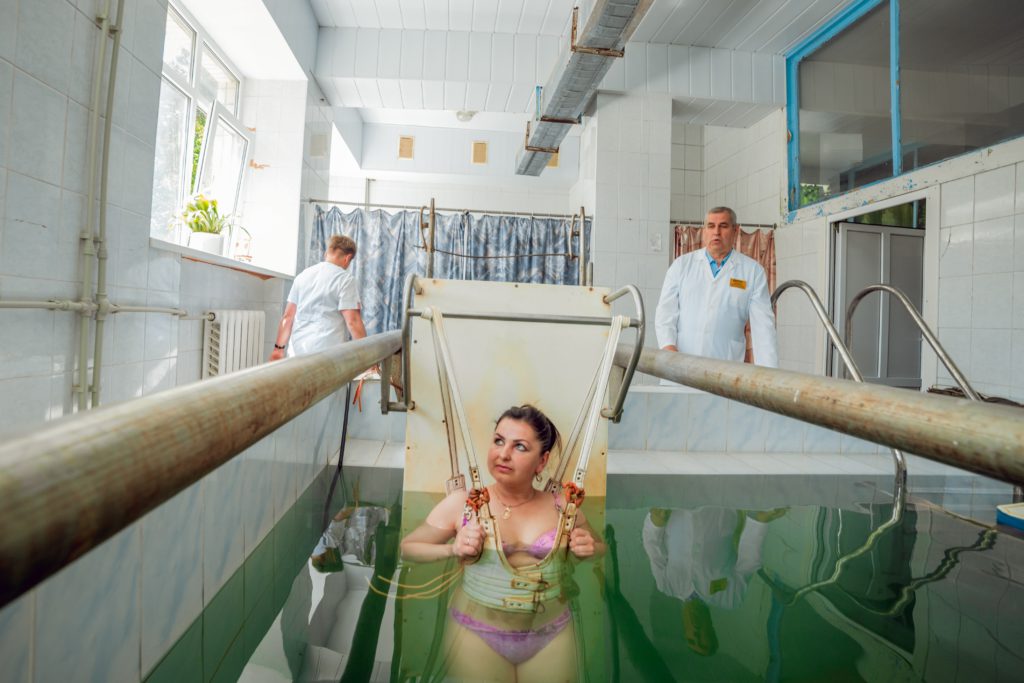